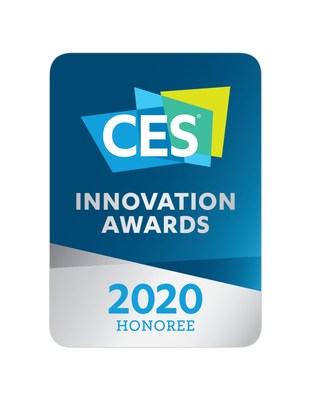 WALTHAM, Mass. and LONGMONT, Colo., Jan. 7, 2020 /PRNewswire/ -- ANDE Corporation (https://www.ande.com/), the global leader in Rapid DNA Human Identification, today announced it is starting the new year off as the recipient of a distinguished CES 2020 Innovation Award in the "Tech for a Better World" category. CES is showcasing the honorees at its annual conference this week in Las Vegas, NV.

The ANDE Rapid DNA Identification System allows non-technical users with minimal training to generate DNA IDs in under two hours, whether at a crime scene to apprehend criminals or exonerate the innocent; following a sexual assault to identify rapists; at the border to stem human trafficking; or at a mass disaster site to identify victims and bring timely closure for families.

ANDE Founder and Chief Scientific Officer Dr. Richard Selden, MD, PhD said, "We are honored to be recognized for our work over more than a decade to create paradigm-shifting Rapid DNA technology that allows non-scientists to process forensic samples and generate actionable DNA results in real-time, in the field. Our vision is to improve public safety by providing powerful, broadly accessible tools to law enforcement, sexual assault victim advocates, first responders, and military personnel. ANDE is dedicated to changing the way DNA can be used in order to help make the world a safer place."

The company's technology is being leveraged around the globe in a variety of applications including criminal and missing persons investigations, military operations, border security, and disaster victim identification. The ANDE Rapid DNA technology was recently utilized to identify the victims of the 2018 Camp Fire, the deadliest wildfire in California history, and the 2019 Conception Dive Boat Fire off of Santa Cruz Island, CA.

CES reports that more than 175,000 industry professionals, including more than 61,000 from outside the U.S., convened last year, and that the conference attracted 307 of the 2018 Fortune Global 500 companies.

About ANDE Corporation
ANDE is the global leader in Rapid DNA. With a mission to use Rapid DNA to create a safer world, ANDE's pioneering work is having major impacts in a wide range of law enforcement, military, and disaster victim identification applications in the U.S. and internationally. ANDE was founded in 2004 and has offices in Waltham, MA; Longmont, CO; and Washington, D.C. The ANDE System has received both FBI NDIS approval for the generation of DNA IDs from cheek swabs and Department of Defense approval for the generation of DNA IDs from essentially all forensic and disaster victim sample types. For more information about the ANDE Rapid DNA Identification System, please visit ANDE.com. ANDE® and ANDE RAPID DNA™ are registered trademarks of ANDE Corporation.