A Pioneer in Password-less Protection, AuthenTrend Helps Drive the Trend towards Fingerprint Security 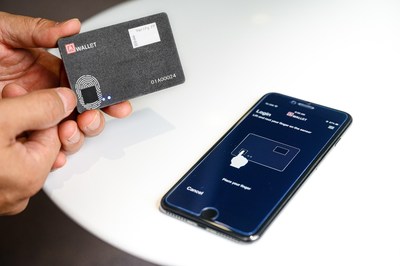 According to Verizon's data breach report, 81% of company data breaches are due to weak or stolen passwords. To reduce security risks and IT costs, while maintaining security and convenience, password-less authentication is gaining mainstream adoption. Fingerprint security solution startup AuthenTrend is founded on this belief.

"Our vision and goal is to replace passwords with biometrics," said Zake Huang, Vice President of AuthenTrend. "Password-less authentication has been widely adopted in Microsoft's Azure AD identity management solution. Google also announced the launch of its hardware security keys in 2017 to protect its 85000 employees from hacks and phishing. We can thus foresee a future without passwords."

AuthenTrend mainly provides fingerprint-enabled security key solutions targeting applications such as IT identification, access control and tracking, and blockchain cold storage. As a member of FIDO, the company has the largest number of FIDO2 certifications in Taiwan and is also the world's first fingerprint security key solution provider to obtain FIDO2 certifications. It is also worth noting that AuthenTrend became a member of MISA (Microsoft Intelligence Security Association) in October 2018 and demonstrated its products with four other security key solution providers (including Yubico, FEITIAN, and Korean e-WBM) at Microsoft's Ignite in November 2019.

Zake Huang says AuthenTrend has a close strategic tie with Egis Technology, which enables AuthenTrend to provide fingerprint cards and USB keys in an extremely compact size. These products boast the fastest recognition speed and extremely low power consumption. Through energy optimization techniques, the devices can support up to 100 times of fingerprint recognition. With the company's patented standalone enrollment technology, users can register their fingerprints directly on the cards or the USB keys without needing to download an app for registration as with traditional fingerprint devices.

AuthenTrend will initially target the Asian market including Taiwan, Japan, and Korea before expanding into the US and European markets. The company has made remarkable achievements in the medical, education, enterprise, and government sectors in Japan. For example, AuthenTrend has helped a Japanese university build a fingerprint attendance system and worked with a leading medical equipment vendor to integrate its fingerprint recognition solution to automate data transmission of measuring instruments securely and efficiently.