SANTA CLARA, Calif., June 12, 2018 /PRNewswire/ -- Intelligent electric vehicle maker BYTON unveiled its Premium Sedan Concept in Shanghai during a global debut event today that showcased the brand's design vision. Called the BYTON K-Byte Concept, the three-box sporty sedan is made for the age of autonomous driving with integrated and retractable sensors that strike a fine balance between aesthetics and real-world practicality. 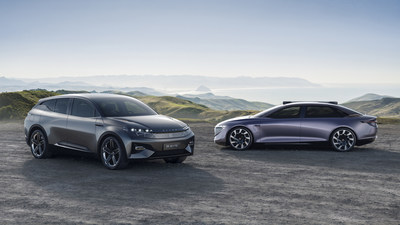 BYTON has partnered with Aurora, the world's leading autonomous driving technology firm, to develop a Level 4 (L4) autonomous driving program. L4 is defined as a state where the car can operate without human input or oversight but only under specific select conditions. By the end of 2020, the two companies will have a fleet of prototype vehicles with L4 autonomous driving capabilities ready for testing, in preparation for L4-ready mass production and delivery.

Digital DNA: A naming strategy that reflects BYTON's smart, connected platforms
The K-Byte Concept underscores BYTON's new product-naming strategy, wherein the company will use the term "Byte" to label its planned series of three products that are built on a shared platform. In addition to the BYTON K-Byte Concept, its SUV previously announced in January 2018 has been named the BYTON M-Byte Concept. The naming strategy is derived from the company's name, which stands for "Bytes on Wheels," symbolizing the digital power of BYTON's offerings and the brand's vision for a connected, mobile life.

"By adopting this naming strategy, BYTON celebrates our brand DNA as a next-generation smart device," said Dr. Carsten Breitfeld, CEO and co-founder, BYTON. "Following from our first model, the BYTON M-Byte Concept, the K-Byte Concept represents a breakthrough in the design of smart connected vehicles. It changes the design language of traditional cars, delivering a perfect blend of elegance, style, luxury, and sportiness, and introducing new design aesthetics in the age of shared mobility and autonomous driving."

BYTON president and co-founder Dr. Daniel Kirchert added: "BYTON's mission is to be a leader in next-generation smart devices. The K-Byte Concept shows that we can deliver our platform in different shapes and with different features to suit different lifestyles. Furthermore, building the car on the same platform as the M-Byte Concept enables us to streamline and scale the production cycle. We are fully confident that we will meet our commitment to deliver the sedan to market in 2021."

About BYTON
It is not about refining cars. It is about refining life.
BYTON aspires to build premium intelligent electric vehicles for the future. Its crafted cars integrate advanced digital technologies to offer customers a smart, sage, comfortable and eco-friendly driving and mobility experience.

BYTON aims to create a premium brand rooted in China that has a global reach. Its global headquarters, intelligent manufacturing base and R&D center are located in Nanjing, China, while its North American headquarters, devoted to intelligent car experience, autonomous driving, whole vehicle integration and other cutting-edge technologies, is based in the Silicon Valley. The company's vehicle concept and design center is located in Munich, Germany. BYTON also has offices in Beijing, Shanghai and Hong Kong to handle external affairs, marketing, sales, design and investor relations.

BYTON's core management team is made up of the world's top experts from China, Europe and the U.S., all of whom have held senior management positions in innovative companies such as BMW, Tesla, Google and Apple. Their expertise covers automotive design, automotive engineering and manufacturing, electric powertrain, intelligent connectivity, autonomous driving, user interface and supply chain management among other industry sectors, the sum of which represents BYTON's strengths in manufacturing premium automobiles that are equipped with high quality internet technologies. 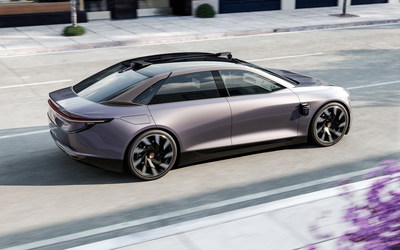 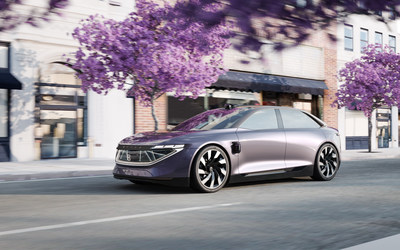 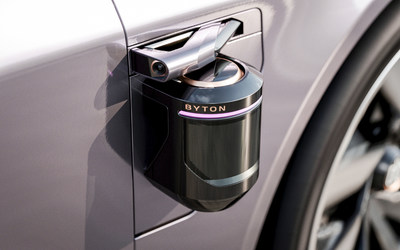