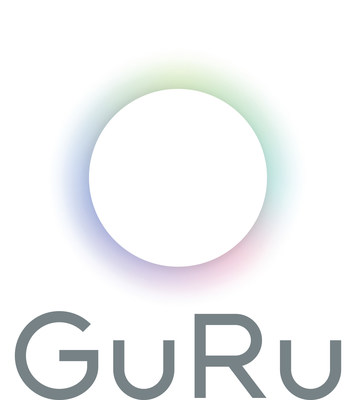 "The time has come to deliver what others have been promising for over a decade," said Florian Bohn, GuRu's co-founder and CEO. "For a technological era that we've been calling wireless, we still have a lot of wires in our lives. Today marks the birth of real wireless-ness."

Many modern electronic devices have inductive charging coils built-in that allow them to be charged wirelessly through resonant inductive coupling. But this method requires direct contact between the device and a charging pad, an inferior approach from the entirely untethered, over-the-air charging capabilities GuRu has developed and honed over the years.

In addition to the robot, GuRu also showcased a lamp-sized desktop product specifically designed for conference room use with the ability to charge multiple mobile phones simultaneously. Also intended for enterprise or industrial applications, the third prototype is a ceiling-mounted unit that can send power across a room to receiver-equipped smartphones, tablets, laptops, or security cameras over 10 feet away.

All of GuRu's prototypes deliver multi-Watt electric power to multiple devices, comparable to what consumers are used to with their traditional chargers. And more importantly, the technology is proven both safe and intelligent – Power levels for any device are automatically found and adjusted.

Caltech Professor Ali Hajimiri and his co-founders Florian Bohn and Behrooz Abiri developed radiofrequency (RF) systems capable of sending energy over distance, including collecting solar power in space and transmitting the energy wirelessly to Earth. During the past decade, the team developed multiple generations of their novel RF systems, each more integrated and more powerful than its predecessor. Since 2017, GuRu has worked to transform its core technology into commercially viable solutions.

GuRu is currently in the final stages of receiving FCC approval, which should allow the company to bring its first product to market later this year.

About GuRu
GuRu Wireless, Inc. makes wireless power products that just work – no training required. The company uses millimeter-wave (mmWave) technology to deliver electric power through the air nearly as fast as over wires to multiple devices simultaneously. GuRu's products are safe, easy to use, and intelligent – automatically finding and adjusting power levels for any device. Founded by a team of Caltech electrical engineers, applied physicists, and integrated circuit and phased array experts, GuRu is based in Pasadena, Calif. For more information, please visit www.guru.inc.