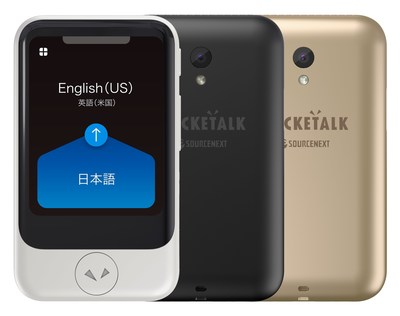 Pocketalk is a multi-sensory, two-way translation device designed for full conversations, even in noisy environments. With a sleek design encompassing a large touchscreen, two high-quality speakers, noise-cancelling microphones and a text-to-translate camera, Pocketalk is able to create connections across 74 different languages in more than 130 countries and regions. By utilizing the best translation engines from around the world, Pocketalk provides a consistently accurate experience by picking up localized dialects and slang.

"Pocketalk was developed to connect cultures and create experiences for people that do not speak the same language," said Noriyuki Matsuda, Founder and CEO of Pocketalk. "Our goal with the newest Pocketalk was to take into account the many different ways people communicate. We don't just use voice - we use visuals, we use currencies - all of these connect us closer together and with our newest model, we are providing the most dependable, thoughtful, all-encompassing device to form deeper connections without language as a barrier."

"The early response to the product has been tremendous," said Joe Miller, General Manager (Americas) of Pocketalk. "Having 95% market share and more than 600,000 users gives Pocketalk a wonderful understanding of the marketplace and where to innovate. This generation of the product with redefine the translation space and accelerate our march to one million users."

This new model will be available for pre-order beginning January 5 for an MSRP of $299 (in gold, white and black), and will be on display throughout the duration of the CES conference at Booth #42364 in The Sands, Halls A-D. The 2020 International CES event runs January 7-10, 2020.

Additional product information, photos and video can be found in the digital media kit (brandfolder.com/pocketalk). For more information, visit www.pocketalk.net and follow Pocketalk on Instagram and Facebook.

About Pocketalk:
With more than 600,000 units sold worldwide, Pocketalk is the global leader in connecting the world and unlocking possibilities as the only translation device on the market that enables an authentic communication experience. Developed, manufactured and distributed by Sourcenext, the largest distributor and creator of software, hardware, and IoT products in Japan, Pocketalk's U.S. team and headquarters is now based in Palo Alto, Calif. The two-way translation device can translate 74 languages, both audio and text, and, with its built-in data option, can be utilized in more than 130 countries and regions. To purchase Pocketalk and to find out more, visit Pocketalk.net. 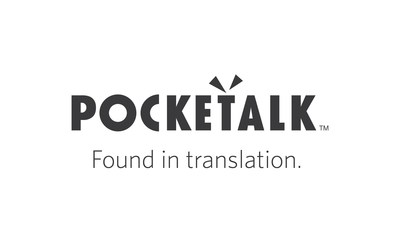