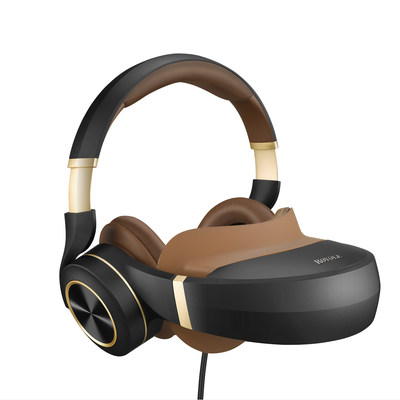 AKON
The American-Senegalese singer/producer/philanthropist has sold over 35-million albums worldwide, earned five Grammy Award nominations, and recorded 45 Billboard Hot 100 songs. He has the distinction of being listed in the Guinness Book of World Records as the #1 selling artist in the world for master ringtones, and was the first solo artist ever to hold down both the number-one and number-two spots on the Billboard Hot 100 at the same time.  In addition to his own chart-topping hits, he has made a staggering 300 guest appearances with music icons such as Michael Jackson, Lady Gaga, Gwen Stefani, Lil Wayne, R. Kelly, Eminem, and others.

About Royole Corporation
Royole was founded by Stanford engineering graduates in 2012 with the mission to improve the way people interact with and perceive their world. The company creates and manufactures advanced flexible displays, flexible sensors, and smart devices. It also provides IP licenses, services, and solutions for a variety of industries associated with displays and flexible electronics applications. In 2014, it introduced the world's thinnest full-color AMOLED flexible display with a thickness of 0.01mm (0.00039 inches, approximately 1/5 the thickness of human hair) and a bending radius of 1mm. In 2015, it began mass production of proprietary flexible electronic devices, and introduced the world's first foldable virtual mobile theater. In 2016, it introduced the world's first curved car dashboard based on flexible electronics at the CES in Las Vegas.

Royole has received many global awards for its technology innovations and fast growth, including the Best of CES 2016 by Thomson Reuters, "5 Under 5" 2015 Most Innovative Startups in China by Scientific American, 2016 Annual Tech & Innovation Award by San Francisco Business Times, and 2015 Top 10 Most Innovative Entrepreneurs in US and China by Forbes. Royole is backed by leading venture capitalists, including IDG Capital Partners, CITIC Capital, Knights Investment and Shenzhen Capital Group. A verified 'unicorn' company, it has offices in Fremont, CA, Hong Kong, and Shenzhen, China. For more information, please visit: www.royole.com.

All products/services and trademarks mentioned in this release are the properties of their respective companies.
© 2016 Royole. All rights reserved.